A downloadable game for Windows, macOS, and Linux

**This is a DEMO and not the full Version**

Long ago a great battle was waged against the calamity known as the Shadow Fall. In this mighty battle, the race of Dragons fought long and hard to protect the world. Even their mighty power paled in comparison to the enemy they fought, until only eight remained.

These eight dragons, last of their kind, made a bargain, and in doing so gained the power of the eight elements that made up the world. Flame, Air, Ice, Nature, Power, Life, Death, and Spirit. Utilizing the very power of the world, they sacrificed themselves and the curtain of darkness that was the Shadow Fall faded, and light returned.

Thousands of years later, the power of these Elemental Dragons had passed into the blood of Eight Tribes. These became known as the Dragon Tribes. Humans that could awaken to the powers that the mighty dragons had once possessed. Taking up the mantle the dragons had passed, and protecting the world in their place.

On a day that seemed like any other, Frey Havarth, a man who wished for nothing but peace, beheld a vision of the future. In it he saw death, chaos and destruction. Leading this, he saw the Death Dragon, Draco.

Frey could not sit around and let his vision come to pass. With the help of Katrine, a bar-master who he owed a large debt, he sets off on a journey to discover what he can do to stop this tragedy.

Chaperoned by the Cargo Captain, Camila Nava, who is making sure he's not running from his debt, the two set sail for Frey's Hometown.

**This is a DEMO and not the full Version**

** Contains some mentions of sexual violence, but it is neither shown nor actively played out within the written story **

If you enjoy the demo, please consider supporting Our KickStarter: 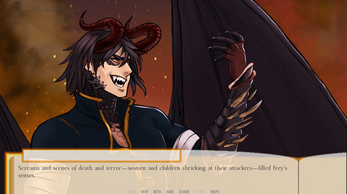 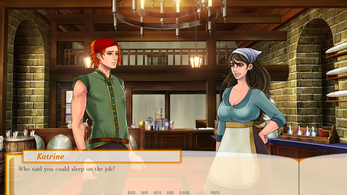 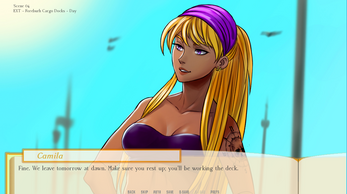 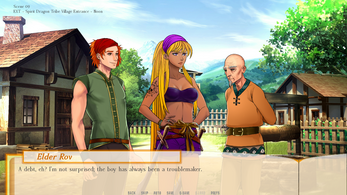 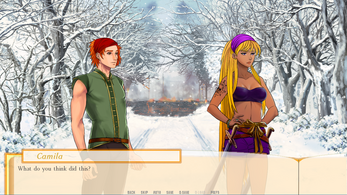 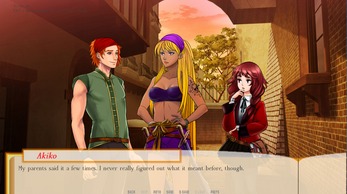